I should probably be writing an essay right now.

If that isn’t the cherry on top of the most overused, underwhelming sentiment of the century, interchangeable with work/chores/laundry and supplemented with appropriate adjectives to suit said demands, I don’t know what is.

In between learning the lyrics to Troye Sivan’s ode to adolescence (My youth is yours) and resuming my on-again, off-again appearances in class (this semester concentrates on youth and youth cultures), my teenage dreams and attendance requirements have undergone somewhat of a head-on collision.

The come down from New York met with the prospect of a new semester and everything good in the cosmos turned to splat.

No, I don’t have a flair for the dramatic.

Like any other nerd of a kid, I’m a hell of a ride for three months of the year, and then, come the first week of March, Luna Park is closed indefinitely until July.

Pitting my conscience against working my heart rate or wrecking a string of HD’s is hardly a matter of question – I can throw exercise out the window faster than you can say squat.

God, I hope my trainer doesn’t read this before Thursday afternoon.

Deadlines fall dangerously closer to weekends, shitting on Saturday nights like a ton of bricks and any muscle gathered over the summer is laughed at by bad habits and mishandled exam anxieties, staring at you from the plastic bottom of a box of Pad Thai peppered with sugar like it’s no thing.

Forced to wind down extracurriculars to wile away days at the desk, the only thing that gathers momentum, if we’re lucky, is the speed of the lecturer’s tone (youth has an expiry date, you know), and dreams are returned underneath rainy umbrellas holding together delusions of grandeur amongst other insignificant things.

Oh, to be seventeen again.

University aside, I think it’s fair to say we all, at times, have struggled with some debilitating sense of inaction. I can’t be alone in my capacity to waste this much time.

In fashion, especially, the rotation of Creative Directors like tuna sashimi on a sushi train speaks volumes of the ridiculous pace we push onto ourselves to do things right, and keep on running.

On the cusp of reaching twenty one, I grapple everyday between spending my youth well and spreading my time productively – two Foucauldian feats I’m not sure are wholly congruent – as Alessandro Michele hurriedly lays down his legacy at Gucci in three or four seasons for fear that his exit might arrive on the very same pair of heels that signalled his entrance.

When can we take a breather? 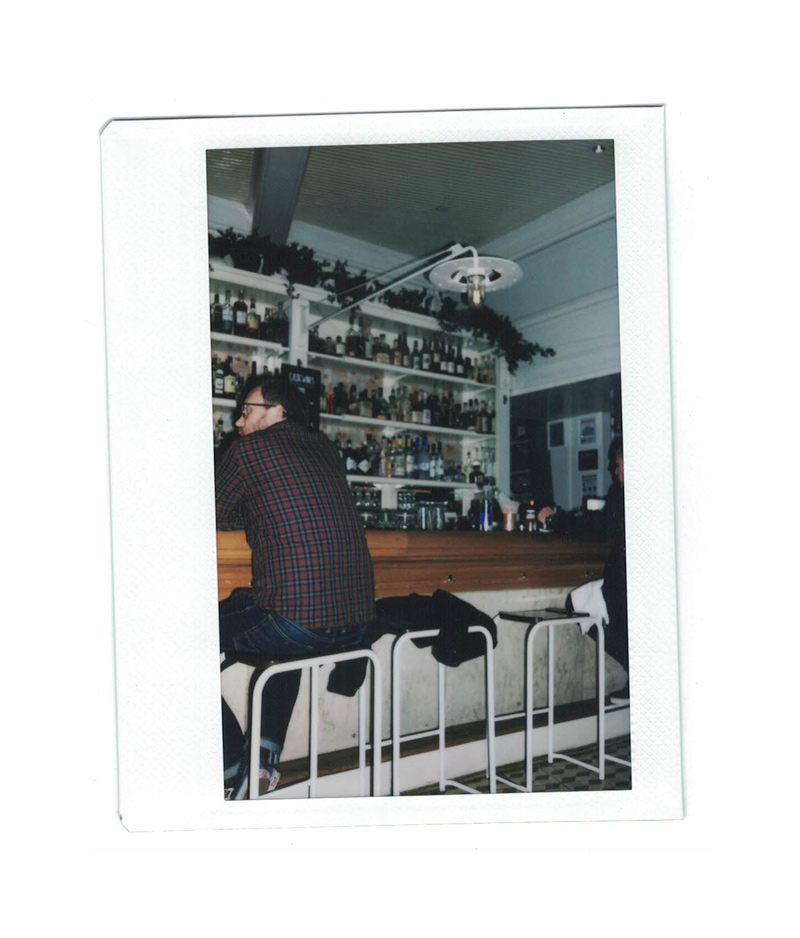 Plagued by technology and high street chain stores and some very impatient industry magnates, the world can no longer withstand six month turnarounds and, in a similar show to Veruca Salt’s sour protestations, they want to see their pony-haired somethings on the runway and then simultaneously wear them on their backs, too.

But at what cost?

The industry’s incessant demands are only breeding larger insecurities – Michele’s, Gucci’s, overly generous parents everywhere, and now those insecurities are trickling into my own. My investment in two pairs of Michele’s shoes in the short span of his Gucci career is testament enough for the very real fears I have that the house, and its shoes, will carry a different creative’s name in the year to come.

Even earlier this year, I was urged to buy a pair of boots and then some at the mecca that is Soho’s Saint Laurent store because Hedi’s departure is imminent and those baseball jackets will be discontinued, stat. I declined the offer because I couldn’t justify buying my fifth pair, and somehow, I still feel guilty about it.

If retail therapy had lost its import, the shock exits of Raf Simons, Alber Elbaz and Alexander Wang from their respective luxury houses reinstated the urgency for it. What felt like collectibles now feels like hoarding, and everyone on the eighth floor at Barneys is on the losing team of the Amazing Race. 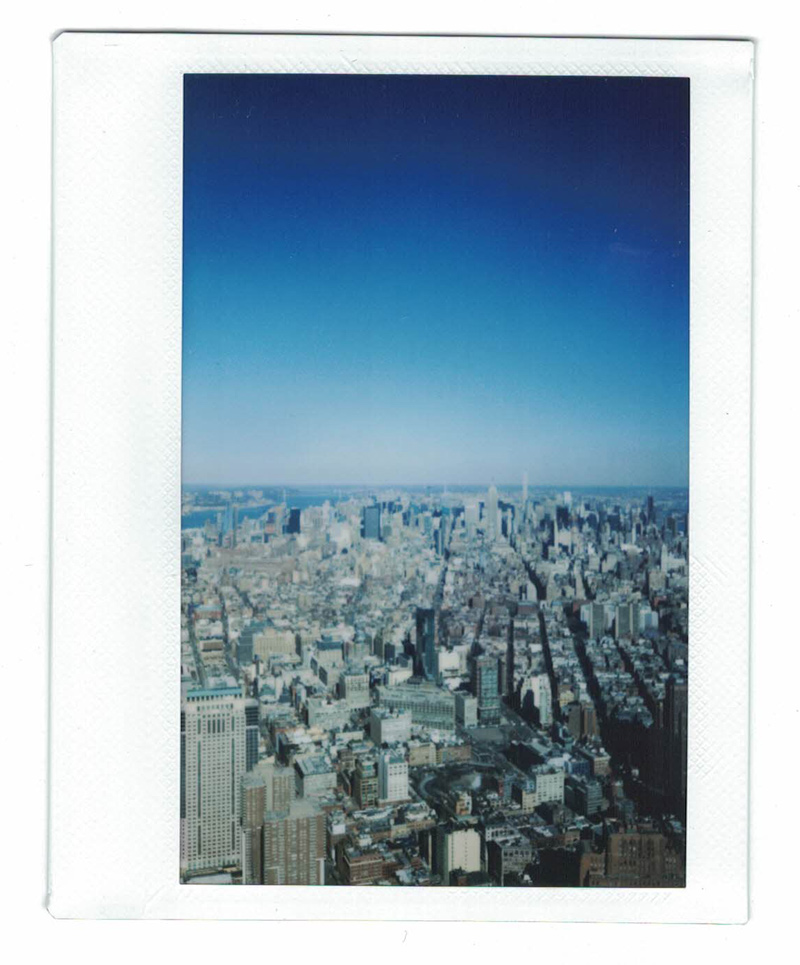 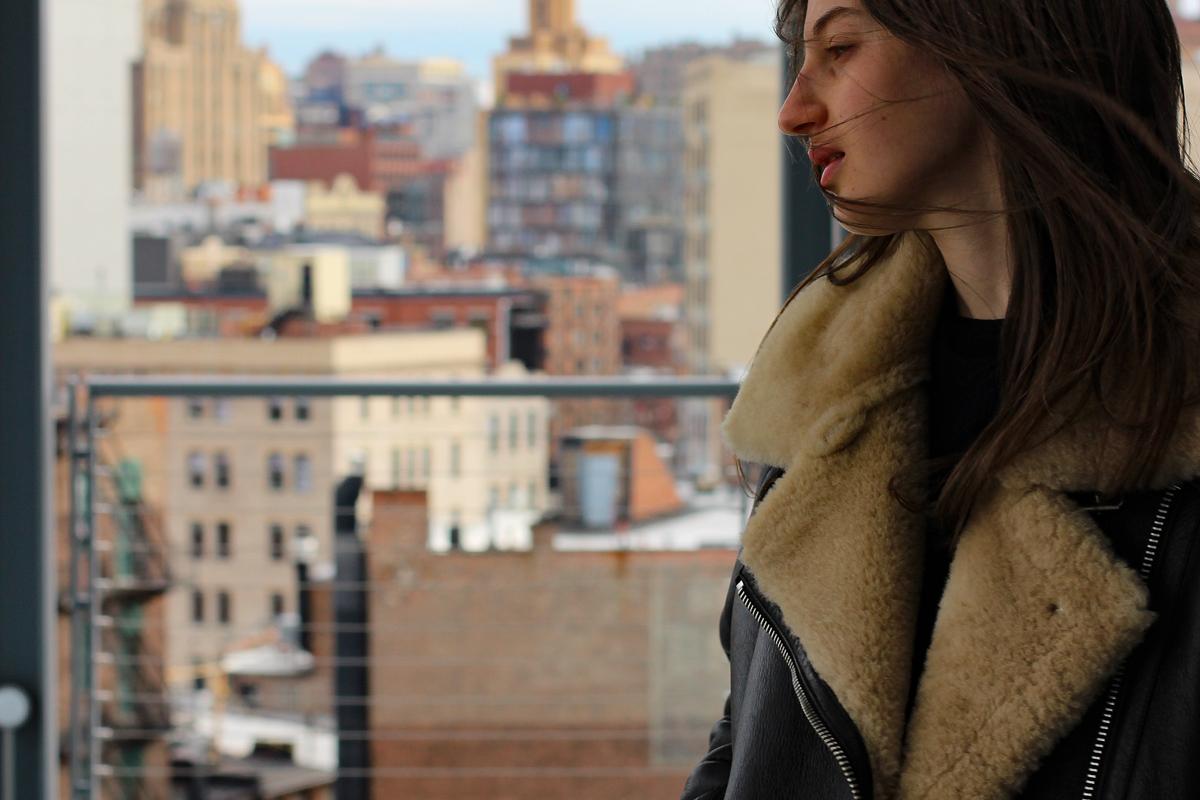 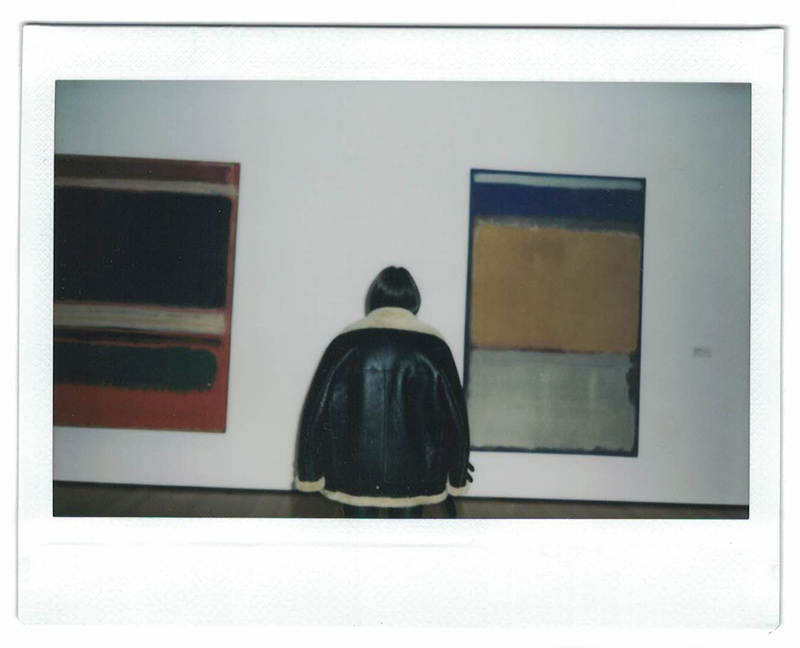 The same theme develops in conversations with different friends of mine. Some are, if you will, hustling, though I hate the word, to get in early on opportunity and others are unapologetically hurriedly trying to get in late to class.

Without trying to sound overly sarcastic or overly like a loser, it’s an innately difficult toss up knowing whether a night is better spent preparing for class, or an interview, or the next song at the club. That, by the way, will inevitably lead to an album’s worth of dancing into the wee hours of the morning, and the next day’s wastage, complaining of exhaustion or a hangover, albeit with the social security of a new Facebook friend.

I should know. I’m a hell of a ride: I don’t smoke and I’m perpetually sober.

There’s a lot of white noise I usually mute out about millennial privilege and confidence in and outside of the workforce, but I think the students I sit alongside in class or the small company of confidantes I keep would agree, for the most part, to feeling lost and unsure in their direction. This I would never vocally admit to my parents, rather promising them of my isolation in insecurity, but it can feel singular one day as much as it can mutual or plural the next.

As catchy as Sivan’s song is, it’s a blatant address to and in support of the trapped years of the teenager. We’re trying to make the most of these years but we’re ultimately enslaved to something. We are forfeiting ambition to prioritise next week’s assignments, passing up interviews for fear of rejection, and trying to enjoy our inexperience while losing out on jobs for having too much of it, so that we can look back without regret on how good it was when we were young.

But will we be able to speak with certainty that we did it all right? 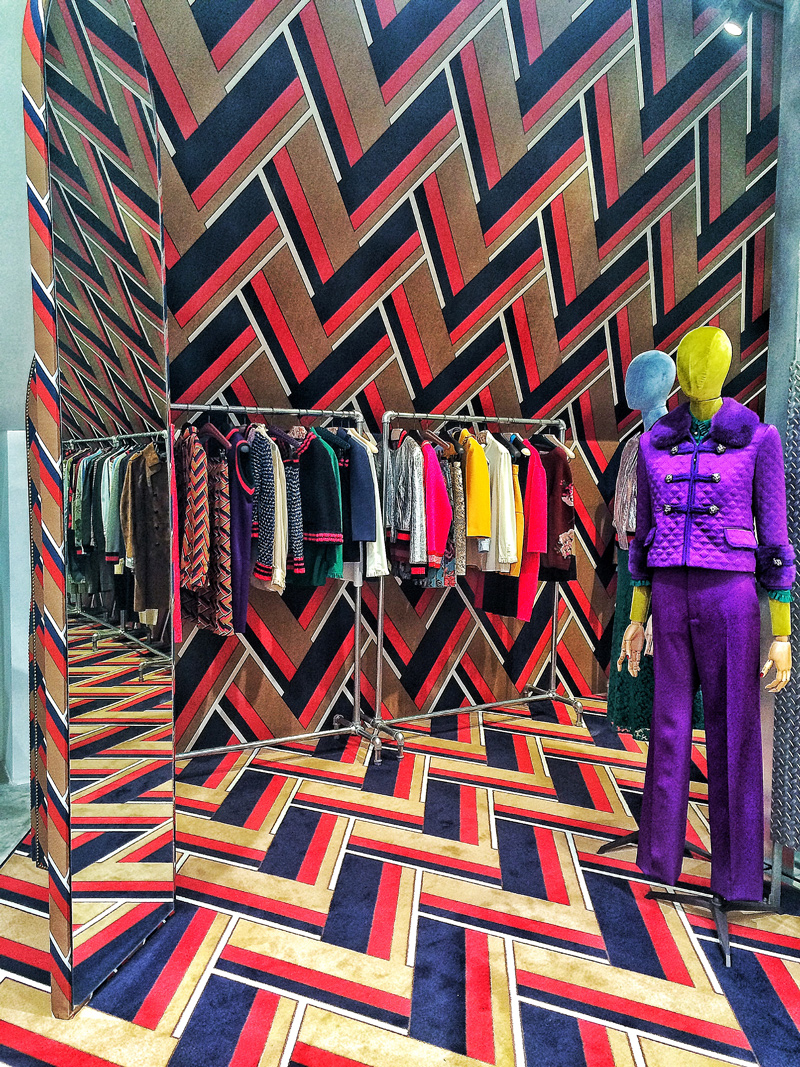 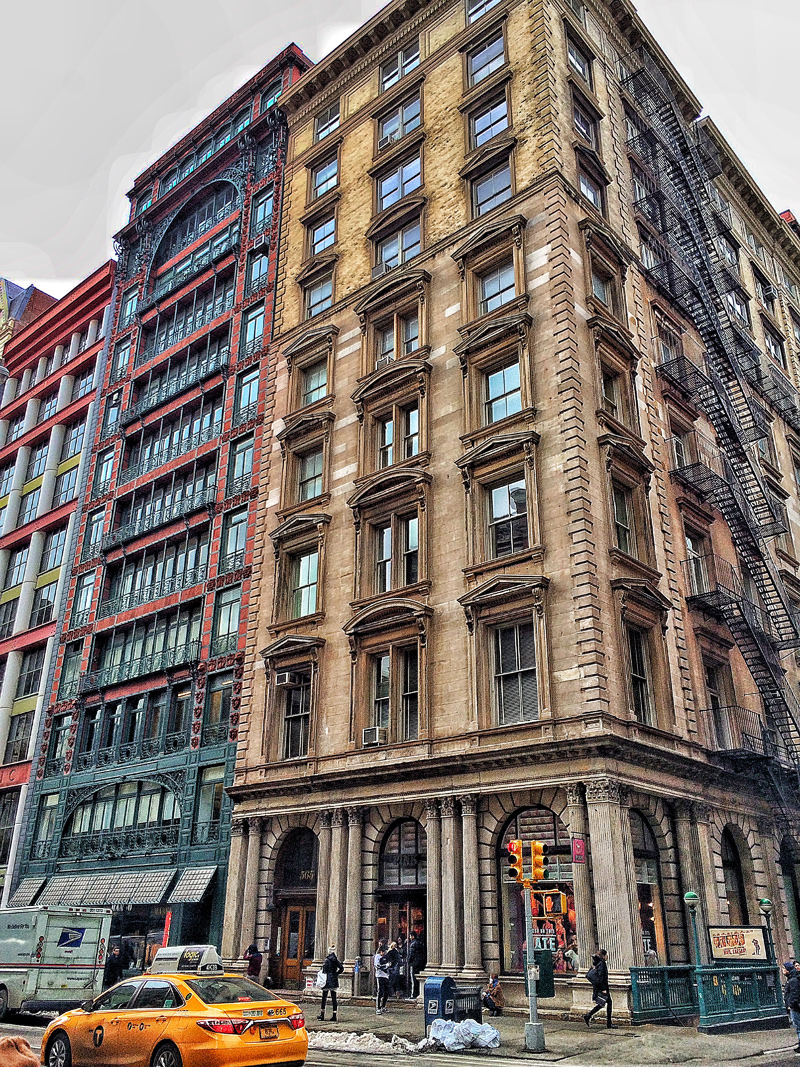 Two weeks ago, a girl older than me put up her hand in a tutorial and reiterated this sentiment, worried that nostalgic adults pressed upon her that these were the best years of her life, and anxious that if they were, she was screwed.

Supposedly because they hadn’t been. Honesty, at last.

It was a canny reminder that if I couldn’t achieve everything I’d hoped before reaching twenty one, which I certainly haven’t, it didn’t mean I wouldn’t, or that this couldn’t be a period I’d look back on with pride, whether these years were the best, or they weren’t.

Because it’s going to get better.

I’m not sure how tenuously linked this discussion is to lunch at the Standard or polaroids taken at the MoMa. But it’s Sunday night and I should probably be writing an essay or something and I wanted to show you these GIFs.

In short, somewhere in between boarding two flights and alternating time zones, momentum kicks in, and strangely, on the way home, inertia. I’m still finding a way to take comfort in that but I have two months to spare before my birthday. 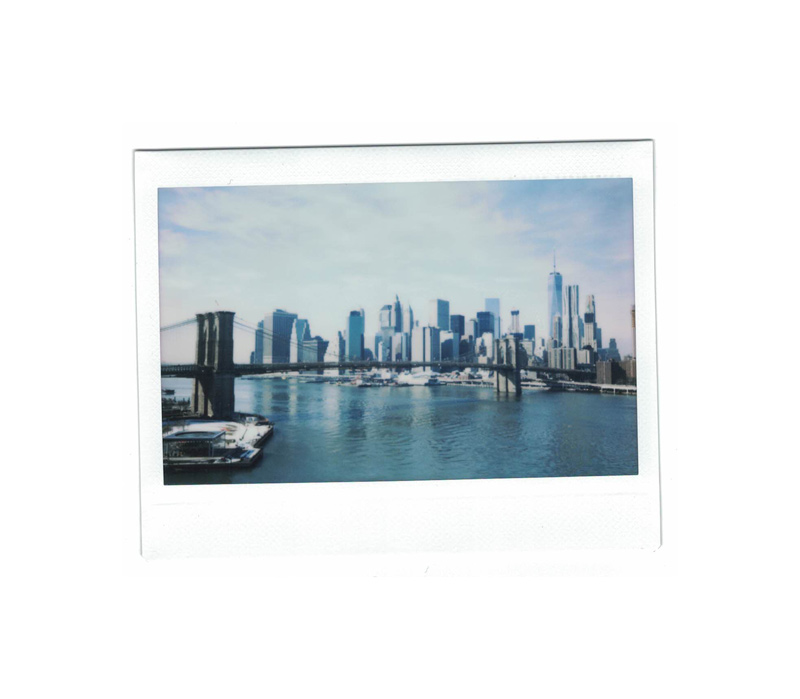