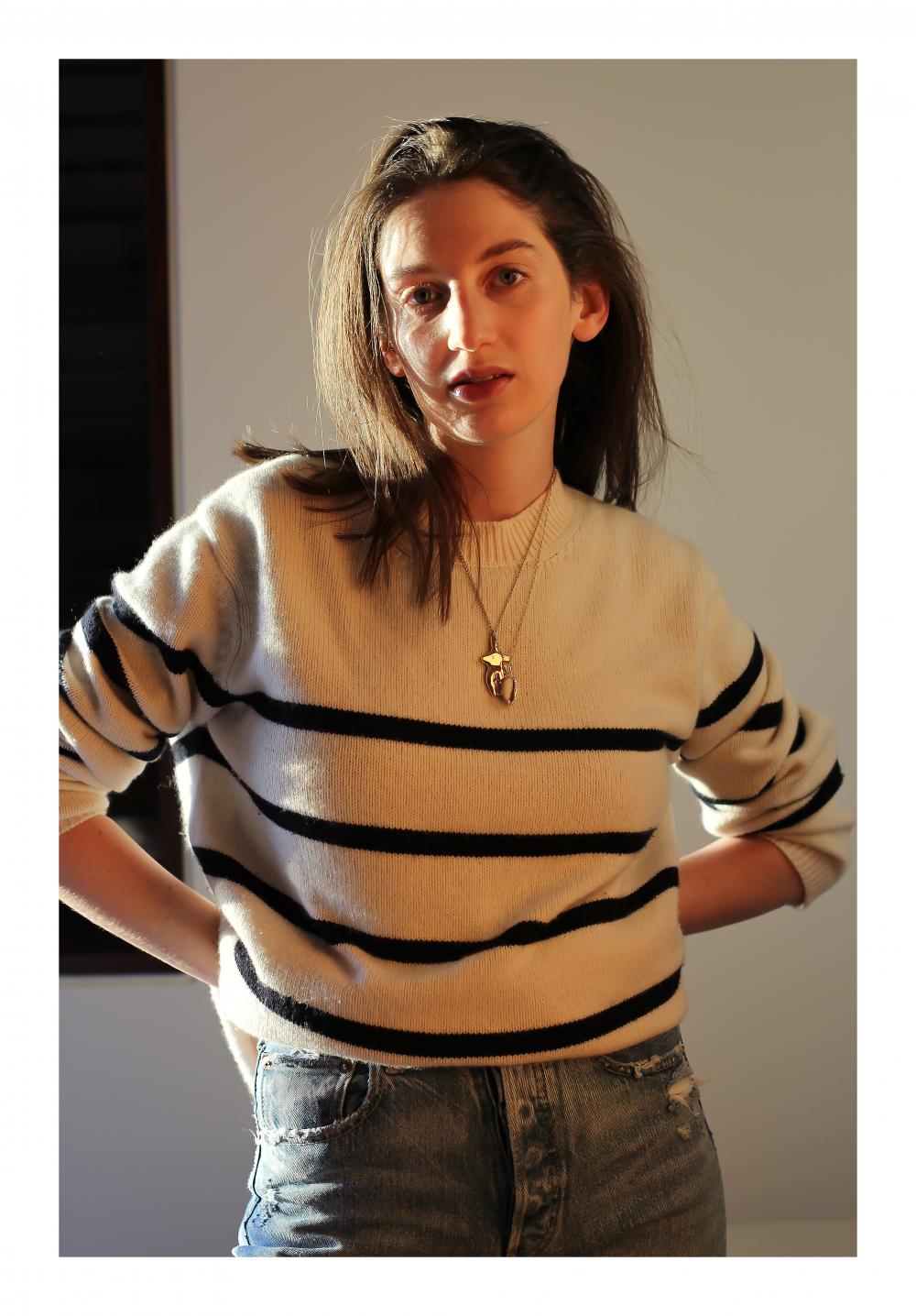 Entering into a new decade can be overwhelming. Now, at least I’ll have something to do.

The irony of climbing, or struggling, up the length of a mountain is that the peaks—and the valleys—that lie ahead become obscured. One foot advances in front of the other with the force (read: hope) that a worthwhile view, and a rest break for your feet, await at the top. But who knows?

There, one imagines, the tunnel vision disintegrates into thin, clean air and in its place a vast and Instagrammable horizon takes shape.

It’s preferably pink—maybe there’s a palette of warm, rosy colours that melt into each other—and the weather is good and the sky is cloudless and the sight of it is shared with someone. You let out sighs of relief, the muscles in your face relaxing to formulate a smile, and revel in a corporeal sense of opportunity you didn’t know could be embodied before.

In Two Thousand and Eighteen, the aforementioned horizon felt forever blocked from view. Air quality was polluted to the extreme. Anxiety was high. Tears got a lot of airtime and exercise got none.

I swear the mountain I faced met the ground at a 90 degree angle. In my head, its entirety was slippery and gripless and wet. There was no way I could imagine how the surface might change for better or worse, even once I got off the ground.

There was no way I could recognise how diametrically opposed Twenty Eighteen and Twenty Nineteen would be. And there was no algorithm to use retroactively to prove that so many things I thought were out of reach would later calcify in my grasp.

I turned 24 in Twenty Nineteen and Adulthood—that familiar stranger that knocked on the door at the end of my teens and crept underneath it in my early twenties—began to settle in and really take up space.

This took many forms. It contoured my face and took up residence in unwelcome lines (two, at least, but who’s counting?). For balance, it relieved said lines of any post-adolescent acne and unveiled a near-clarified complexion. It also delivered itself in welcome pay cycles and made its presence known by forcing me to confront the kinds of experiences I had avoided with relative ease in 24 years. These ranged.

A real, paying job—my first full-time position, which I have been fortunate enough to love. Funerals—numbering four. Lives lost to suicide of people whose journeys had crossed with mine— and whose deaths selfishly triggered well-buried feelings. There were dates, too, with men in their mid- and upper-twenties (not to be confused for actual adults) that might have threatened to realise the relationship so many of us on again/off again purport to want had they not revealed the chinks in the costumes of their adulthood.

But everything is a learning. And funny, with hindsight. Call it a lucky escape.

In place of playing games with boys, I spent most of my time this year on other parts of the whole equation.

Given I’d identified its face and name while completing my masters, in Twenty Nineteen, I made friends with Impostor Syndrome and embraced feeling like the wrong person in all of the right rooms.

As I’ve written here before, I’ve clocked enough hours getting wet in pools of discomfort I in/voluntarily entered into. I think it’s in part because when we want to do a lot of things in life the thought of not doing them is worse than diving in and facing them head on.

But it’s also, I think, a lot to do with the reality that we’re trained to believe it’s here, in said pools of discomfort, that we’ll learn how best to swim. I’m not convinced this is the only way any more—and it is absolutely the hardest way—but it works.

Now, at a time where the paths of my friends and I are diverging so rapidly and variously that there’s no singular metric to measure progress (because for some, progress looks like moving out, where for others it is finding a partner, and yet for others moving countries on their own, or getting promotions at work), having a maximum level of discomfort as a reference point is helpful when inserting oneself into the rooms one wants to be in, as unprepared or out of place as one might feel in them.

(A gentle reminder [if only for myself] that feelings are not always equal to realities. And mine—being a glorious over-thinker and for the greater part of my childhood, a child actor in waiting—are hilariously unaligned at best, and perverted with dramatic flair at worst.)

Of course, no singular metric or low point in life can prepare anyone for what life will throw at you. Even if one (me) regularly consults the stars. But it’s helpful to keep in mind—think a mental jack-in-the-box of that time when x happened that alleviates the awkwardness or dis-ease of the y as it’s unfolding now.

But there was a lot to preoccupy the mind in Twenty Nineteen that could serve as an un/happy distraction. Cataloguing it here is unnecessary and no list would be exhaustive but what a number of things that we continue to face—gender politics, the digitisation of the self, increased awareness surrounding mental health—spotlighted (at least for me) was a recurrent tension (faced here).

Prepare for more parentheses: That is, balancing the values and ethics of one’s output (writing for example) with onus and qualification (don’t generalise! don’t justify! don’t feign ignorance! say something! say nothing!) against firsthand experience (that one might not have so far in their stock), and privilege (that we should take into account inasmuch as we should not apologise for) with the momentum/eyeballs/weight our words, actions and Instagram captions may come to bear.

But juggling is hard.

At times, it’s unclear if even the most clever, educated or well-informed individuals (not to be confused as one and the same) can always identify the inflection points where self-awareness transforms into self-indulgence, and vice versa. Liana Finck illuminates this incredibly well.

When to speak on the part of/for/because or against someone should surely sometimes be preceded with a why or an if, but it can be hard to know which applies where and which will facilitate, silence, inflame, or amplify (et cetera, et cetera, et cetera…). Similarly, to question what we do or do not care about is fair enough, but maybe too is not always having a reason, or a very good one (but this is case by case).

The above (and then some) should offer an explanation in part as to why I write here on an average of once a year.

Which is why, for better or worse, my thoughts are generally kept fastened to my body. Then, on occasion, aired out in academic essays for university, or in one-on-one conversations drowned out at busy cafes or whispered in between popcorn hitting the floor and mouths circling around straws, slurping, in dark movie theatres.

Side note: go see Joker. Watch it and weep.

And then—in between learning as much as one can without becoming depressed or overwhelmed (though yes, sometimes we need to be jerked from the desensitisation that newsfeeds engender to be saddened, overwhelmed, or even to laugh)—I try to write what I know.

And in that spirit, return to the dust that has gathered on those parts of the whole equation left unresolved and attempt to figure them out.

Not that this was special to Twenty Nineteen, but if the year was distilled into song, it might figure as a soundtrack that wrestled with the sum, and the parts, of the lives of my friends and I.

How to figure out when one area in life feels full, why the empty ones seem to swell up, and what to do to combat or at least numb the swelling. What throws out the whole equation too much? Does an excess of happiness or success or things going right in one department not make up for the department that is lacking?

To complicate further: do we know said happiness or success or things going right if we can still feel lack? And if one has enough a in their life, and takes stock of it regularly to remind oneself that they are grateful for it, will it prove sufficient ballast if there is no b or c to share the weight? And when should we (if indeed we should) tamper with the whole equation to try and improve it?

But as is true of every close of every year and the looming dawn of a new one, my brain is working overtime trying to muster the strength to put thoughts into writing with the anticipation (doomed or not) that the writing, once concrete and typed up and laid naked, will reveal in itself some answers.

While we wait for a truth to lift from the page, it’s easy (and comfortable and valuable) to reflect on what is already there.

This year has been massive. It’s hard to reconcile all of the learnings—the total sum far outweighs just one year’s worth—with the mere 365 days into which these were crammed. A lot of the highlights have been well lit on other Internet corners like Instagram and Facebook, so there’s no need to revise again here.

What remain then are shortcomings—not knowing enough, wanting to know more, needing a bigger vocabulary, figuring out the whole equation so that certain holes that gape can fill—and these could be aired ad infinitum.

I choose to dwell instead on the year that was, and how it served overall as a thrilling distraction to forget these. This year felt a culmination of things coming to be I had always hoped were waiting in the wings. Even if it didn’t delete said shortcomings.

Necklaces from CHLOÉ and MATCHESFASHION.COM